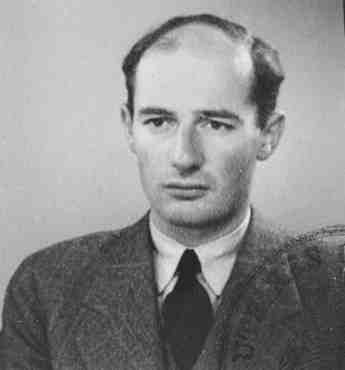 Today is the 100th anniversary of the birth of Raoul Wallenberg, the Swedish diplomat who rescued 1000s of Jews in Budapest during the Holocaust. He followed the example of the Swiss diplomat Carl Lutz who I featured in ‘The Other Schindlers’ in issuing visas which gave the Hungarian Jews immunity from the Nazis.

In the mayhem following the liberation of Budapest by the Russians in January 1945 Wallenberg disappeared. The Russians have never revealed what happened to him but it is alleged that he died in Lubyanka prison in Moscow in 1947. Others have claimed that he was seen in a Gulag as late as the 1980s.

Yesterday two of his relatives made a plea for his fate to be revealed at this special anniversary – see the link http://www.bbc.co.uk/news/world-europe-19101339.

I had believed he was also responsible for saving my life because when I was in the Budapest Ghetto as a baby with my mother, the Nazis were planning to liquidate the ghetto and we would all have been killed. As a result of the media coverage to mark the centenary of Wallenberg’s birth I have discovered more about how he influenced the protection of the 70,000 Jews in the Ghetto so my Mother Leona and I were still alive at the liberation.

It appears that in early January 1945 when Adolf Eichmann realised the Russians were on their way, he determined to kill the Jews in the Ghetto. A combination of SS men and the Hungarian fascists, the Arrow Cross, were to undertake the massacre. Wallenberg had been working with a leading member of the Arrow Cross called Pal Szalay – he was a senior policeman and was horrified at what was being done by his compatriots. He acted as Wallenberg’s spokesman in negotiations with the German general August Schmidthuber. Pal Szalay was sent to tell him that if the planned massacre in the Ghetto took place, Wallenberg would ensure that the general would be held responsible and hanged as a war criminal after the war. The general, aware of the closeness of the Russian troops rescinded the orders and thus my Mother and I were amongst the survivors. As a result of his actions Szalay was the only prominent member of the Arrow Cross who escaped execution after the war.

On the centenary of Wallenberg’s birth we should reflect on this courageous and honourable man. I did not write about him in my book ‘The Other Schindlers’ because his story is comparatively well known but we should remember him and all the other heroes.

Let us hope that the Russians will heed the requests of Wallenberg’s family and reveal his fate so that they can find some peace.