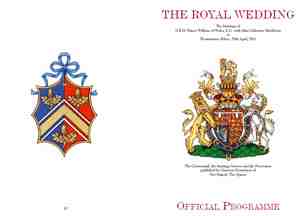 Like most of the world I watched the wedding of Prince William and his lovely bride Kate. Like most women I shed a tear or two. Not because I hadn’t been invited even though I had an outfit and hat ready to go and not because my own marriage had ended in divorce some years ago.

What caused my emotion was seeing Kate emerge with a visibly proud Father at her side on her big day. As they travelled to Westminster Abbey I wondered what loving words of advice he gave her at such a momentous time.

My sadness was based on my circumstances as a child of the Holocaust. My own Father, Philipp Grunwald, was sent as a forced labourer from Budapest by the Hungarian fascists in 1943, before the German occupation in March 1944. He had a truly dreadful time and although he survived to return home in March 1945, he was very embittered. He would not have more children after the war because he did not think this was a world to bring children into. Finally, in 1955, when I was 10 and his business failed, he committed suicide leaving my Mother to bring me up alone.

I’ve often wondered what my life would have been had the Holocaust not happened. My Mother was the eldest of 4 girls and my Father had a twin sister and a younger brother. I imagine a large extended family meeting together for rowdy heavy Hungarian meals with me and my siblings being fussed over and spoilt. Perhaps surrounded by what felt like a suffocating interfering family, but growing up with the warmth and comfort of a large family with support, confidants and lots of love and hugs.

In reality in 1946 my parents made the brave decision to flee communist occupied Budapest with a couple of suitcases and me. After a year in Vienna we arrived in the UK in May 1947. After my Father died my Mother had no one to turn to and when I was grown up, she told me how she used to worry, about what would happen to me if she died before I was grown up.

Inevitably, the lack of contemporary family in my generation has followed me – I now have three lovely grown up sons, a wonderful daughter-in-law and a gorgeous little grandson. 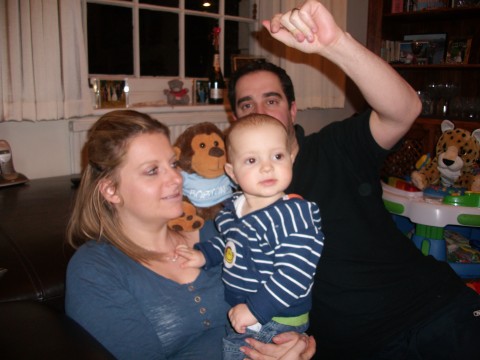 But there is no one I know who remembers my Father and few who now remember my Mother. There is no one I can talk to about my childhood and say ‘Do you remember?’ because﻿ there isn’t anyone who does. This gives me a feeling of isolation and my sons lack cousins and we all miss out on the richness of an extended family.

So when I see a bride given in marriage by her proud Father coming from a loving family, even after all these years I still feel the void in my life. It is 56 years since my Father died but the pain is still there and I suppose, now, it always will be.