Home > Who Betrayed the Jews?

Who Betrayed the Jews?

Who Betrayed the Jews? is a groundbreaking study that examines the various ways Jews were betrayed by their fellow countrymen during the Holocaust. In many cases they regarded themselves as a person of their nation first and a Jew second, so persecution came as a terrible shock to them. Many had fought for their country in the First World War, but this offered very little protection – not even for those awarded the Iron Cross. They were forced out of their professions and universities. Their neighbours and school friends betrayed them to the authorities. In turn the authorities ‘legally’ withdrew their rights and also stripped them of their possessions under Aryanization policies. Many who believed themselves to be Christian were affected by the Nazis’ ruthless racial laws and found themselves and their children categorised as ‘halfbreeds’. Bodies such as the police and railway companies co-operated with the Nazis in transporting Jews to their deaths or to be subjected to unspeakable medical experiments. The betrayal did not end in 1945 as there is evidence of Holocaust survivors being attacked as they returned home.

Historian Agnes Grunwald-Spier reveals, among other accounts, the story of the slave labourers who toiled for German firms and international companies like Ford; the plight of Jewish Olympians who were murdered; and the impact of Nazi policies on Agatha Christie, Margaret Thatcher and Coco Chanel. 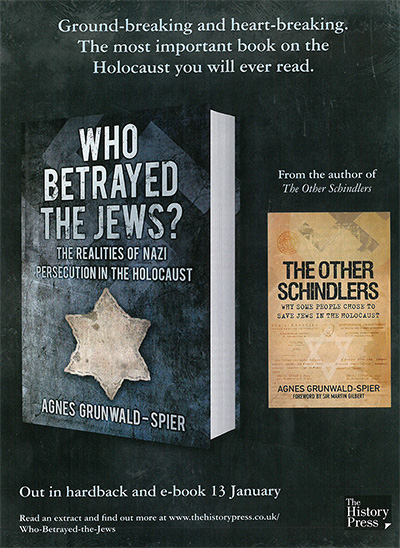 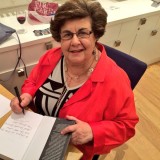